The conversation, according to the Saudi Press Agency, was lengthened towards how to stabilize and re balance global oil markets.

It was gathers that part of the discussion was accentuated on the importance of compliance to the Organization of the Petroleum Exporting Countries (OPEC) agreement and the agreed-upon compensation mechanism by all member states.

The two leaders also discussed bilateral relations between the two countries and the possibilities for their further development in the future.

The conversation between President Buhari and the Saudi king came barely three months after the Nigerian president and the prime minister of the Islamic Republic of Pakistan, his excellency Imran Khan, had a phone conversation.

A tweet-statement from the official page of the presidency confirmed that the conversation between the two leaders held on Thursday afternoon, May 7.

The point of discussion, according to the statement, was based on the global initiative on debt relief canvassed by leaders of the Non-Aligned Movement Contact Group (NAM) for developing countries.

Also Read: “It’s absurd to say I acted it,” Pondei says of the collapse during the NDDC probe

King Salman was rushed to hospital over deteriorating health condition, with reports in Reuters claiming he was rushed to Faisal Specialist Hospital for medical tests due to inflammation of the gallbladder.

Speaking on the monarch’s health, President Buhari extolled the memories he shared with King Abdulaziz, saying he is “one of the finest leaders I have ever met in the course of my interactions with world leaders.” 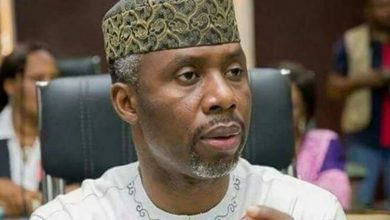