Ekiti state Governor Kayode Fayemi, set a goal of succeeding President Muhammadu Buhari in 2023 when his ally posted his poster on Facebook, which was later removed.

Fayemi, whose second term as Governor of Ekiti will end in October 2022, about six months ahead of Buhari, is currently the Chairman of the influential Nigerian Governor’s forum (NGF) and is respected among his party-line colleagues.

Fayemi is one of of the prominents member of the All Progressive Congress, APC, and a key power broker in the party and the southwest as a whole.

On Tuesday evening, August 18, one of the Council Chairmen in Ekiti State, Femi Ayodele, who represents Ikere Local government Area has revealed a poster pointing to “Support His Excellency Dr John Kayode Fayemi for Presidency 2023”.

Globalgistng had earlier reported in March before the COVID-19 spread in Nigeria that Kayode Fayemi, said his actions as a peacemaker and conciliator are not geared towards taking over from President Muhammadu Buhari in 2023.

Fayemi Speaking through Segun Dipe, his Senior Special Assistant on Public Communications, Fayemi in March, said he is not in the league of those working towards the next presidential election.

Also Read: “It’s absurd to say I acted it,” Pondei says of the collapse during the NDDC probe

“Fayemi is a sitting governor and he chairs the Nigeria Governors’ Forum. He enjoys these roles and he is playing them to the best of his ability,” the statement read.

“His objective is that of engaging in processes such as negotiation, mediation, conciliation, and arbitration in order to move a seemingly violent conflict into non-violent dialogue, where differences are settled through conflict transformation processes or through the work of representative political institutions.

“He is interested in what is happening in every part of the country and, like he himself once stated, anything that affects the peace of any state governed by a member of the NGF would surely affect the solidarity of the forum.

“People like Fayemi bring people together. You find them in all kinds of places and in all kinds of circumstances. They are very lovable people who wish the very best for other people. Despite that his action as a peacemaker and conciliator means a lot to other people, the governor is a modest person and he is focused on other people’s happiness.

“As a bridge builder, Fayemi is never pushy; he just wants everyone around him to find peace and achieve happiness. The governor no doubt knows a lot of people and doesn’t fail to bring everybody together; he listens carefully and is sincerely interested in how everyone is doing.

“Like any other bridge-builder in the world, Fayemi likes to help to connect people, he is quick at recognising what someone else needs and his mind starts searching for ways to help the other person move ahead.”

But the ally of Governor, Hon Femi Ayodele, on Tuesday, has revealed that his boss is planning to contest for the presidency in the 2023 election by revealing his posters on the internet.

2023: Omo-Agege’s Supporters, Others Defect To PDP In Delta 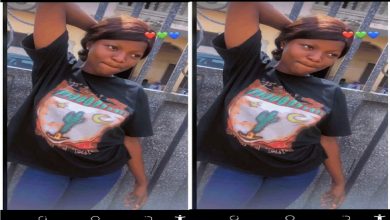