The former President said that the older generation will continue to hold leadership positions until they are evicted from the scene.

Obasanjo argued that leadership positions will not go to young people until they “displace the older generation from office.”

The Nation reports that the former President made this known on Wednesday, August 12, during a virtual interactive session with young people dedicated to International youth Day 2020.

Obasanjo also advised young people to demand that affirmative action be included in the Constitution of political parties, as part of strategies aimed at reducing the influence of the old generation of leaders.

According to him, the program was organized by the youth development Center, a branch of the Olusegun Obasanjo Presidential library, Oke-Mosan, Abeokuta.

“If you don’t squeeze out those who are in office and those who want to stay in office permanently, some after 80 years, they won’t want to come out.

“The type of change that I am talking about and that I believe we can all implement is to sign up to the Constitution of political parties in favor of young people. Or, if you like it, you call it positive action for the benefit of young people, ” he said.

The former President repeated that no one will fight for power for young people if they do not do it themselves.

Meanwhile, it was reported that the former Governor of Ekiti Ayodele Fayose gave vent to his dissatisfaction with the administration of ex-President Obasanjo.

Fayose on Tuesday, August 11, said that if he becomes President, he will send Obasanjo back to prison for alleged financial corruption that has characterized his government for eight years.

According to Fayose, the former President was enriched by the national funds while he was in power.

Former Governor Ekiti also accused Obasanjo of making several hate speeches and that for this reason he should be held accountable. He stated categorically: “I pray that one day I will become President of this country by the grace of God.

Obasanjo will go back to prison. “I’m telling you the truth, because Obasanjo has so many things to ask.” 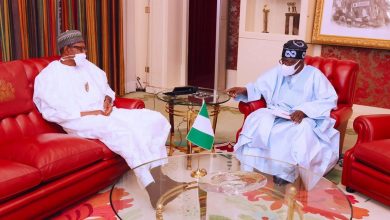 2023 Presidency: Why I first informed Buhari about my ambition – Tinubu