A senior statesman, Chief Ayo Adebanjo, warned that the country was hanging on the edge of a precipice and could collapse if it was not rebuilt back to true federalism, as it was during the First Republic.

In an interview with the leader of Afenifere said he will oppose the leader of the APC Bola Tinubu or any southerner who wants to run for President of Nigeria in accordance with the Constitution.

What is your view on the state of the nation?

Law and order has broken down. We have been telling Buhari all along that the security forces have outlived their usefulness, particularly, many of them have reached retirement age, and are no more performing. Today, they will say they had wiped out Boko Haram, tomorrow Boko Haram will wipe out a village alongside some soldiers, even to the extent of attacking a governor of a state. There is corruption here and there; insecurity here and there, and no aspect of the country is safe, even the governor of a state is not safe. The governor said it, Emirs say it, the common man says it. The future is very grim, and it is only in this country that these things are happening and the party in power is still talking. We talk of changing the constitution, you look elsewhere, have we got a country now? If we have a country let us be unanimous on the constitution that is governing us, now the greater majority of the South is saying that this is an imposed constitution by a section of the country, and the contents of the constitution are loaded against the other section of the country. What we have is a fraudulent constitution and it begins with, ‘we the people of Nigeria…”. We didn’t make the constitution and we are not federal. All the opinion leaders, former presidents, former governors, political leaders have said, let us sit and change the constitution, but the president has turned a blind eye.

How do we solve the problem of insecurity?

You don’t need a crystal ball to know that the problem is the leadership. I’m not in a position to appoint security officers, but it is the president. If you have a country and a security officer is not performing, you sack him and bring in another one. The people you put in the security are not performing and have proved to be very inefficient and you are keeping quiet. That is why people accuse him of having another agenda for the country. Look at what is happening in Southern Kaduna; daily they are killing people, and he still has an excuse, when a section of the country is being wiped out.

For me, anybody talking about 2023 election is talking nonsense, we have to sit round the table and reorganize the country. When we were brought together in 1914, we were not consulted, but we don’t want to break up having seen the advantage of coming together, but let us agree on how we are going to live together, but you say no. If you don’t know the agreement when the Colonial masters were giving us independence, that is what we are saying, let us go back to that; it was the agreement we agreed to live together. What we have today is not the constitution that was agreed by our founding fathers; you can’t refute it. We continue to say, this is a constitution that was imposed on us by the military, and by a section of the country and you insist on continuing to rule us with that constitution.

Those of us who are clamouring for restructuring are the people who want the country to stay together democratically and peacefully, but those opposed to it are the enemies of the country. So when you hear some people saying that they want to break away from the country, you can’t blame them; if you make peaceful changes impossible, you make violent changes inevitable.

As the Boko Haram insurgent group continues its attack on Northeast, last week, the federal government integrated repentant members of the sect into the society.

What is your stand on this?

This is one of the things that get me annoyed, and it is part of the incompetence we are talking about on the part of the president. What nonsense is that? We have seen the evidence that these people you said you have reformed are the same people doing sabotage. They were killing our soldiers and they have not refuted that, some soldiers killed themselves and those who escaped made a video clip of what they were passing through and posted it, which went viral. What excuse do we have; what has he said about all these complaints? You say you have a country, but Southern Kaduna is persistently being attacked since December 2018, with the aim of wiping them out, and the president asked the soldiers to camp there, but the following day the communities were attacked again. The place has turned to a killing mine. You go to Agatu, and other places, it is a persistent record of murder. The insecurity is all over the country, even in your own state. Even the governor of his own state is negotiating with armed bandits. Ayo Adebanjo is gone; it is your generation I pity, I have children, I have grandchildren, but for me I’m ok. What else do I want to be now – president, governor? Obasanjo talked, Abdulsallami talked, political parties talked, who is important in this country that has not spoken, but has Buhari said a word? When the National Assembly asked him to sack the service chiefs, the president said they would not tell him what to do. When he was asked to do what is supposed to be right and he refused, what do we do? He is incompetent, that is why he is allowing incompetent officers to remain with him.

Why is Nigeria so divided; rancor, animosity, hatred everywhere?

I have been talking for the past 70 years; we have been shouting about federalism; Awolowo wrote about it since 1947 and that is how we agreed till 1954, and the independence constitutional conference, we agreed on the terms of living together, until the military came in 1966 and changed the constitution. That is our problem now, and that is where you have to back go to change the situation. The more you deny, you will have this kind of situation and the whole country will collapse. The governor of Borno State said, “if you can’t defend me, I will send my hunters to defend me”, is that not a shame from the governor of a state who felt he was not protected? I’m not from Borno, but I’m a Nigerian concerned about the situation.

Mamman Daura, President Buhari’s nephew last week said that rotation, zoning of the presidency shouldn’t be encouraged, but competence. Do you share in his sentiment?

Is he better educated, is he better Fulani than Ahmadu Bello, Aminu Kano, Balewa that agreed on the constitution which we are calling that we return to, which stated the term we lived together. You want us to live together on your terms, it will not work.

If the constitution is not changed to reflect the wishes of the federating units and it remains as it is now, what does it potend for the country?
We will never get peace, and will lead to separation; you don’t need a soothsayer to tell you that. There will be uprising here and there because the oppressor will continue to oppress and the oppressed will continue to resist; so there will be crisis here and crisis there. You will be talking of Southern Kaduna, you will be talking of IPOB, Oduduwa in Yoruba land. Where are we? Can you make progress in the midst of violence?

Do you think Nigeria can manage what you have just highlighted, uprising, violence here and there, Biafra, Oduduwa, etc?

That is why coming together and agree on how to live together is the solution. Not this, ‘I’m in power, if you talk I will jail you’; all sort of dictatorial law, no. All these times we have been shouting that the country is not together because of this, because of that, when has Buhari come out to disabuse our minds; when has he come out to say, no, don’t worry , all these problems, I have solutions to them. Obasanjo has advocated that we go back to federalism , Afe Babalola, a renowned lawyer has been writing articles on the same issue; all responsible organisations have been saying, let us go back to federalism because we still want to stay together, but the president has not even uttered a word to anybody.

The reluctance of Buhari to restructure the country, has shown that he is the first enemy of Nigeria, but his idea of ruling Nigeria under his own terms and condition will not work. I have said it before, I’m not an enemy of Buhari. I and other members of Afenifere campaigned for him in 2007, Femi Adesina and Garba Sehu have never refuted this. We campaigned for him to be president because, he promised to restructure the country back to federalism; the same thing he agreed when Tunde Bakare was his running mate, and the same thing he told Tinubu, who sheepishly followed him, and he told him his first agenda was restructuring. Is there any integrity there; a man of integrity is a man of his word.

Talking about the constitution, we have the National Assembly in place to make, amend or come up with a new constitution

Don’t talk to me about that. The National Assembly can’t make the kind of constitution we are talking about. Is the NASS not the creation of the constitution we are complaining about? It is part of the problem we want to solve at the national conference or the kind of problem we wanted to solve at the 2014 Confab. The president said he wasn’t the one that set it up, or there was no law that set it up. Ok, set up your own now for us to come together around table if you love the country as I’m challenging you. You don’t believe what Jonathan’s own is saying; I agree, then set up your own or whatever you think you don’t like in the Confab report, and what you agree will be there, put it there and let us go forward. In the alternative, set up your own body, but you have not done any either and he has not told us why. This is the solution, you don’t agree, set up your own, you don’t agree, but you want to continue with the one imposed on us. It will not work.

What is your position on zoning that is becoming controversial? 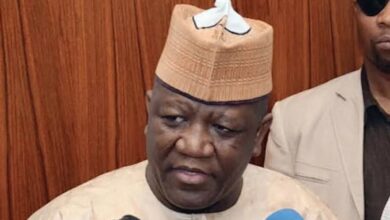 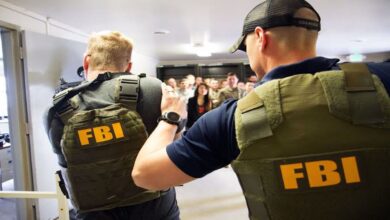