Ahead of the 2023 presidential election, Kaduna state Governor Nasir El-Rufai said the southern part of the country should produce the next President of Nigeria.

The Kaduna State Governor said this on Saturday, August 8, in an interview with the BBC House service, according to Globalgistng.

El-Rufai said he does not support the idea that a northerner should contest for the seat after President Muhammadu Buhari’s tenure.

“The southern part of the country is supposed to produce the president come 2023; I don’t support a northerner to vie for the seat after President Muhammadu Buhari, based on Nigeria’s political arrangement,” El-Rufai was quoted saying.

He noted that the power shift arrangement among the various regions of the country should be respected even though not backed by the constitution.

Meanwhile, the clamour for a president from the southern part of Nigeria has received a big boost after Mohammed Ali Ndume, the senator representing Borno South threw his weight behind the call.

Ndume made his position known in an interview with Nigerian Tribune which was published on Sunday, August 2.

According to Ndume, it is only proper in the name of equity and justice that the south be allowed to have a turn at the presidency after incumbent Muhammadu Buhari’s tenure ends in 2023.

Ndume explained further that at the formation of the ruling party, the presidency was zoned to the north and it is only fair that it is zoned to the south next.

The senator noted further that even the APC would not support a president from the north. Allowing a northern presidential candidacy, he said, is equal to a third term for President Buhari.

Also Read: Why I Am Against Tinubu Presidency In 2023 – Ayo Adebanjo

In another report, the presidency has reacted to Mamman Daura’s comment in which he opposed the application of rotational presidency in the country ahead of the 2023 elections.

Speaking with BBC Hausa on Tuesday, July 28, Daura, who is President Muhammadu Buhari’s nephew, had submitted that 2023 presidency should be prioritised on qualification and competence, not on tribe and regional interest.

But, the presidency, in a statement by Garba Shehu, the senior special assistant to the president (media and publicity), said the views expressed by Daura were his alone.

Shehu said Daura’s position did not in any way reflect that of the Buhari-led government. 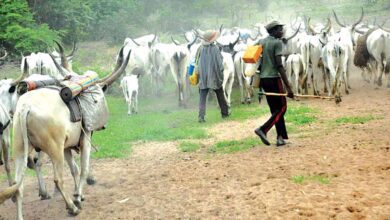 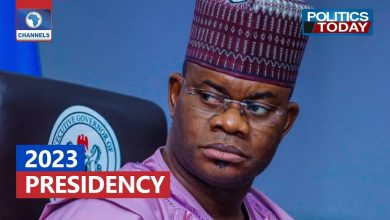