Transport Minister Rotimi Amaechi challenged a National Assembly Committee examining the provision of loans and sovereign immunity in a $500 million loan provided by China to Nigeria to publish the terms of the agreement.

Speaking on a live TV show watched by Globalgistng on Friday night, Amaechi said the National Assembly was privy to the credit because it gave its approval to it.

The minister also said the clause in the loan agreement, which has attracted so much attention in the last few days, is the standard in every agreement signed by Nigeria and any country willing to lend it money, adding that it was not peculiar to the agreement signed with the Chinese government.

The minister also noted that the federal government has commenced repayment of the loan taken from China.

According to him, $96 million has been paid out of the $500 million that was borrowed for the Abuja-Kaduna rail corridor.

He also said the only way the country can experience infrastructural development at the moment was for it to borrow.

The minister also hinted that he was getting signal from the Chinese government that Nigeria may not get the loan following the probe by the National Assembly.

Commenting on Nigeria loans and sovereign immunity clause, the minister said: “They are there in every loan signed and the borrowers want to know that the country they are giving money will be able to pay back.

“It is a commercial agreement between Nigeria and China. Let us not look at the legal issues right now. The first issue is that the Ministry of Transportation does not take loans. Anything about loans has to be done by the Ministry of Finance, so I could not have signed a loan because it is not my jurisdiction.

“Whether it is the Ministry of Finance that signed it or the Ministry of Transportation, the issue is that there is nothing of such that will not warrant an agreement, and that agreement must contain some terms, and one of those terms in this agreement is not that we are signing away the sovereignty of the country. What we do is to give a sovereign guarantee.

“What it means is that if tomorrow I am not able to pay back the loan and you come to collect the item we agreed upon, I cannot waive my immunity and say that you cannot touch the assets, because we are a sovereign country. The terms say if we are not able to pay, we should not stop them from taking back those items that will make them recover their fund.

“The clause is a standard one whether it is America or Britain we sign an agreement with, because the countries want to know if they can recover their money.

“What the clause does is to say to you that I expect you to pay the money according to the terms agreed, and if you don’t pay, don’t waive your immunity on me when I come to collect back the guarantee that you put forward. That is all.

“I told them at the National Assembly that the probe may stop them from giving us the loan and we have the capacity to pay back. The good thing about the loan also is that they are paid directly to the contractor and not to us.”

On whether the Chinese government will take over some infrastructure in Nigeria the way they did in Zambia, the minister said: “The only thing they will take over if payment is not made are those things constructed with the money.

“If the outcry is too much, then we will stop collecting loans, and when we stop, there will be no development. Before we came, there was money, but now we don’t have money. It is just that we are on oath not to reveal the government’s confidential matter. If not, I can say as the former chairman of the governors’ forum, what was in the purse.

“I thought that both the National Assembly and the country should at least acknowledge the fact that we are making progress in terms of infrastructural development.”

On the concerns generated by the terms of the agreement, he said: “I challenge the committee to publish the terms. The immunity clause and the sovereign guarantee in trade parlance simply mean that they are not giving us the loan free of charge.

“We took $1.6 billion to fix Lagos-Ibadan. We are asking for $5.3 billion to fix Ibadan-Kano, $3.2billion to fix Port Harcourt to Maiduguri, $11.1 billion for Lagos to Calabar. If those things were done when we had money, will we be here today?

“The Chinese are asking us to show them evidence that we will pay back, and we have said we will waive our immunity clause so that if we don’t pay back, they will take back their assets.”

On the amount of loan the ministry was expecting or the ones taken so far, he said: “So far, the Ministry of Transportation got a loan of $500 million for Abuja-Kaduna. For Lagos to Ibadan, I think it is $1.3 billion that we took. The rest is counterpart funding from us. I think that is what we have collected.

“We are expecting others but the probe may stop that. And if it stops it, we won’t be able to construct other projects as proposed. What should be overriding now is national interest.

“And we need to construct Ibadan to Kano so that we can be able to evacuate cargoes from the ports. But what they are doing may stop that, and I am currently getting that signal from them.

“So if we go now and the Chinese say that they won’t give us money because the arm of government that is supposed to approve this loan and which has already approved the loan is beginning to question the loan, we are not sure that we can recover the loan. Then we are in trouble.” 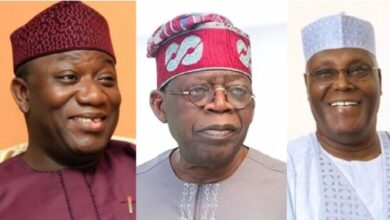 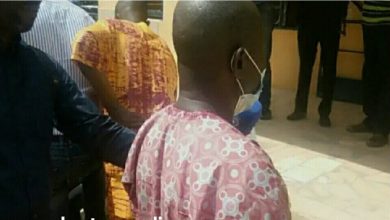 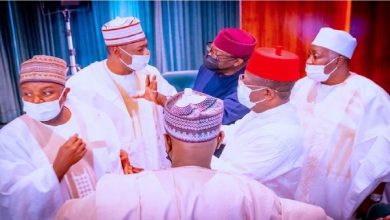