The Mercedes-Benz Gazelle joins his other three vintage cars, including a 1965-1972 Mercedes Benz SE; a 1979 Jaguar XJ Series III; and a 1965 Ford Thunderbird.

He shared photos and a video of the new car, where he acknowledged that he has love for ancient and vintage assets.

He described himself as an old soul with a vintage mind and a classic blood in a temporary body. 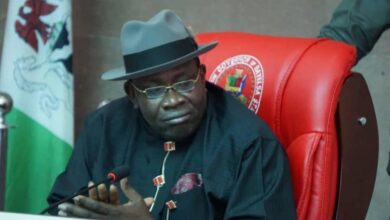 Lekki shooting: Those in power are products of protests – Gani Adams explodes

Bandits Are Also Nigerians, We Can’t Throw Them Away If They Repent – FG