The presidency has finally responded to a call from the Nigerian Senate to fire security chiefs due to a sad increase in homicides and attacks across the County.

It recalls that the Upper Legislative Chamber, at a plenary session on Tuesday, July 21, expressed its sadness at the spike in homicides across the country and asked the country’s service leaders to step aside without further delay.

The resolution followed a proposal by Senator Ali Ndume (APC, Borno), who expressed concern about reports of the voluntary retirement of more than 200 army officers.

The red house also asked its Joint security Committee to find out why officers were deserting the service.

The Senate also decided that top military officials must inform their respective committees of factors impeding their actions in order to find a way forward.

But in a statement released by the President via Twitter, the Federal government stressed that the appointment and dismissal of security chiefs is a “presidential prerogative.”

The President further stated that as Commander-in-Chief of the Armed Forces, President Muhammadu Buhari would do what was in the best interests of the country.

Meanwhile, it was reported that the Chief of Army Staff (COAS), Lt. Gen. Tukur Buratai, on Monday, July 20, declared that terrorism and banditry would end in Nigeria when the citizens of the country decide.

Buratai made this known when he visited the Presidential Villa to brief President Muhammadu Buhari on the progress of the war against insecurity in the country.

He said in order to put the menace behind, all Nigerians must join hands in the fight, adding that the criminals involved are mostly citizens of the country. 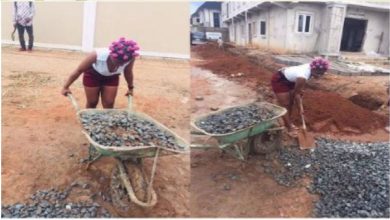