The Independent National Electoral Commission (INEC) has published the final list of party candidates seeking a seat in the Edo government House.

The electoral body made the announcement on Saturday, July 18, through a statement from its Commissioner Festus Okoye, who said the names of the party’s flag bearers were published in his Edo office.

INEC said that with the final list, parties will no longer be able to make replacements for previously submitted names, confirming the body’s statement on Tuesday, June 30, in which Osagie ize-Iyamu and Governor Godwin Obaseki were recognized as the flag bearers of their respective parties.

“After the publication of the final list of candidates, no political party can remove or replace any of the nominated candidates or change the list and data of candidates in a way that contradicts the intent of the Constitution and the election Law.

“We call on political parties to pay close attention to the deadlines stipulated in the Commission’s schedule and schedule of activities, as well as the provisions of the Constitution and the election Law,” the Commission said in a statement.

The election Commission announced that 14 political parties, including thirteen (13) male and one female candidates, will compete for the soul of Edo state in September.

Meanwhile, it was reported that INEC raised an eyebrow against the conflicting court verdicts and court proceedings that characterized the preliminary gubernatorial election in Edo state.

Speaking on Tuesday, June 23, ahead of the vote scheduled for September, INEC Commissioner Festus Okoye said that lawsuits and tricks can disrupt the smooth conduct of elections and party primaries. 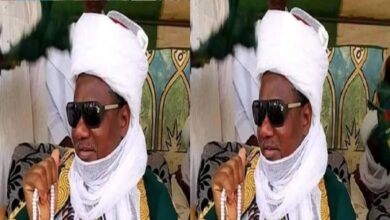