Laolu Akande, Senior Special Assistant to Vice President Yemi Osinbajo for media and advertising, says his Director has become a political target because of the position he holds as the next person after President Muhammadu Buhari.

The spokesman said his boss is not thinking about any 2023 ambitions, but remains focused on supporting President Buhari in achieving his government’s goals.

Akande, who spoke Monday night during a live chat on Instagram with Dele Momodu of Ovation magazine, said the Vice President would not be distracted by the “false” reports and “lies” circulating recently in the media.

According to him, people with vile intentions are trying to blacken the identity of the Vice President with ridiculous stories.

Earlier, “punch” reported that blogger Jackson Ude accused Osinbajo of receiving N4 billion from the suspended acting Chairman of the Commission on economic and financial crimes, Ibrahim Magu, who is now being questioned by the presidential Commission.

However, Osinbajo rejected the charges against him and asked the inspector General of police, Mohammad Adamu, to investigate the American publisher of the online publication Pointblank News in order to bring him to justice for libel.

Speaking about these statements and many others on Monday night, Akande said: “It’s funny and unbelievable some of the stories that exist. What I found out is that being a Vice President and being a very active Vice President who understands how to communicate with people, who is growing up on his own, in a political atmosphere that is extremely Murky, I think that those who have all kinds of unscrupulous ideas, people with a despicable agenda, have reasons to try to smear the person who holds this post.

“As I said, Because of the position that he takes, next to the President, and because of all the imaginations that people have to think about him, I think that up to a certain point, he has become a kind of political target.”

When asked if the so-called attacks would be aimed at stifling any of the Vice President’s ambitions in 2023, the aide said: “Personally, I have no doubt that there are people who have political goals who may consider him (Osinbajo) a threat. But I would like to tell Nigerians that I am his press Secretary and all I know he wants to do is do this job, which he was given very well, and he has no other plans for that right now. I can tell you that clearly.

“He told me several times: You see, Laolu, this is not a monarchy, we will be here for four or, at best, eight years, let’s just focus and do the job so that when we leave, people will say that we have done this and that. So, he is completely absorbed in his work. I’m his press Secretary, and we haven’t talked about what he’s going to do in 2023. What’s the point?”

Also Read: Check how much Nigeria has earned on oil in 5 years according to OPEC data

The spokesperson noted that the purpose of “fake news” is to cause confusion and distraction, but his supervisor will remain unperturbed.

“One of the goals of some of these attacks is to distract him. But he won’t be distracted. The goal is to create confusion, but he is not distracted.

The Vice President doesn’t talk to anyone about 2023. He doesn’t think about it. He is focused on the work that the President has given him and just wants to support the President in achieving his goals, ” he added. 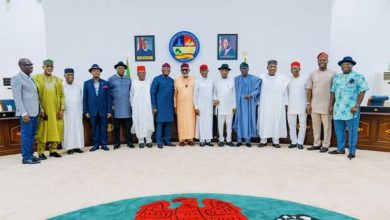 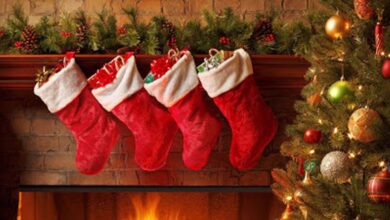