US President Donald Trump said that the reluctance of the Democratic party and former Vice President Joseph Biden to open educational institutions in the fall is due to political reasons, and not the desire to protect citizens in the context of a Coronavirus pandemic.

“Corrupt Joe Biden and the Democrats don’t want schools to open in the fall for political reasons, not for health reasons. They think it will help them [in the elections] in November. Wrong, the people understand all this! ” – trump wrote on Twitter on July 6.

At the same time, the comments to the post appeared to criticize the statements of the American leader. In particular, users pointed out that Biden did not make public statements about opening schools in the fall.

Also Read: Trump announces a reduction in deaths from COVID-19 in the United States

Earlier on Monday, Trump reported that the country’s Coronavirus death rate has fallen sharply, saying that the United States has “almost the lowest death rate in the world” and the number of deaths has decreased by 10 times, compared to the peak in the country.

At the same time, new York state Governor Andrew Cuomo is sure that trump is falsifying the facts in order to be able to declare the absence of a “Coronavirus” crisis.

Biden is considered trump’s main rival in the November 2020 presidential election and the most likely candidate from the Democratic party.

Like Loading...
Tags
Coronavirus Donald trump JOSEPH BIDEN Trump called the political reluctance of Democrats to open schools US President Donald trump said that the reluctance of the Democratic party and former Vice President Joseph Biden to open educational institutions in the fall

US: How President Trump reacted to his second impeachment 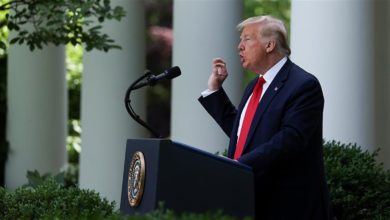