Ahmadu Fintiri, governor of Adamawa, has also been appointed as the deputy chairman of the council.

Wike was named head of the campaign two weeks after he pulled out of reconciliation efforts in Edo over allegations that he was responsible for a previous order restraining Godwin Obaseki, governor of Edo, from contesting the PDP primary.

The governor is seeking a second term on the platform of the PDP after he was disqualified from contesting the primary of the All Progressives Congress (APC), his former party.

The APC had earlier announced Abdullahi Ganduje, Kano governor, as chairman of its campaign council for the Edo governorship election.

Members of the campaign council, which has 49 members, include Adams Oshiomhole and John Oyegun, former national chairmen of the APC. 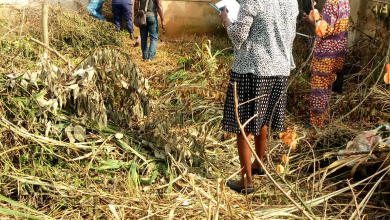 Missing person: Residents discover the decayed body of a man who disappeared four years ago