Mrs Florence Ajimobi, the widow of Ex-Governor Abiola Ajimobi, slammed the administration of Oyo state Governor Seyi Makinde for the way it handled her late husband’s case during the last month when he was bedridden.

She said her husband was for peace and had served the state for eight years, which made him deserve better treatment, even in death.

The widow denied ever contacting Governor makinde or anyone in His government for any support during her husband’s illness, denying the Governor’s claims that the family sent a proxy.

She said, taking a delegation of regional governors, who was at her home in Oluyole to communicate with family and to give them last respects.

The delegation was headed by the Deputy Governor of Oyo state, Mr. Rauf Olaniyan.

Mrs Ajimobi said that although she was not supposed to speak, it was the first time she had spoken since her husband fell ill about a month ago and eventually died due to misgivings from the government.

Appealing to the government to stop what she called dirty politics, Mrs Ajimobi said her late husband was Pro-peace and served the state for eight years, which makes him worthy of better treatment, even after death.

Also Read: Ajimobi: One of our inspirational leaders is gone- AGF grieves 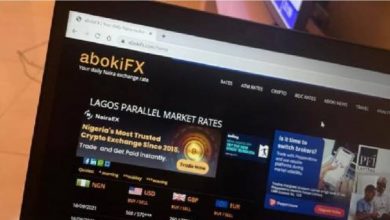