Bashir Ahmad, personal assistant to President Muhammadu Buhari for news and media, made some clarifications regarding membership in the National Executive Council of the All Progressives Congress (APC).

Ahmad made it clear on his Twitter page that the National Leader of the ruling APC, Ahmed Tinubu, is not a member of the NEC and therefore cannot attend Council meetings.

An aide to the President said: “There are some people who should know that the National Leader of the APC Asiwaju Bola Tinubu is not a member of the National Executive Committee (NEC) of the party, therefore, he does not attend NEC meetings. This is very clear!”

Meanwhile, it was reported that while residents of Edo and Ondo States are preparing for the upcoming gubernatorial elections, the two main parties, the APC and PDP, have been involved in political intrigue, especially regarding the choice of flag bearers.

In the ruling APC, incumbent governors Godwin Obaseki of Edo and Rotimi Akeredolu of Ondo were interested in a second term, while other forces in the party wanted other candidates.

Sunday, May 31, nine governors of the APC, including Obaseki and Akeredolu, met with Tinubu in Lagos.

Their goal was to enlist the support of the APC leader to convince the party leadership to grant Obaseki and Akeredolu the right of first refusal.

However, Tinubu reportedly refused to meet the request of the governors of the APC because he allegedly told Obaseki and Akeredolu go and test their popularity in a primary election.

In addition, efforts to ensure the smooth conduct of elections were leveled, as the Independent National Electoral Commission (INEC) met with leaders of all political parties in the run-up to the elections in Edo and Ondo States.

The virtual meeting took place on Monday, June 1, ahead of the gubernatorial elections in two States scheduled by INEC for September 2020. 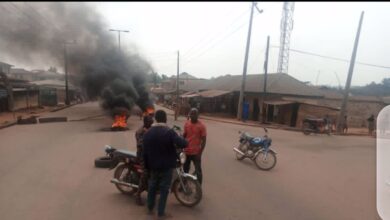