Prominent law Professor Itse Sagay (SAN) advised President Muhammadu Buhari not to attend the meeting of the National Executive Committee of the All Progressives Congress convened by Victor Giadom on Thursday, June 25.

Sagay, who is the Chairman of the Presidential Advisory Committee Against Corruption (PACAC), gave at least three reasons why the President should not attend the meeting, the Nation reports.

First, the senior lawyer said that Giadom does not have the right to call the meeting, because as Deputy National Secretary, He is not the successor of the National Chairman.

Second, Sagay said that the ex-parte order that allegedly approves Giadom as acting Chairman has since lapsed.

His word: “I am stunned by this turn of events.

How can a Deputy national Secretary have ambitions to be party Chairman when you have Vice-chairmen and Vice-chairmen? “That’s why it’s absurd.

It doesn’t make any sense. His position does not allow him to be the acting National Chairman.

Secondly, he relies on an ex-parte ruling, in which only he was present, and in March the court gave him an interim order. These orders last 14 days.

“He shows up in June to say it was extended something dead that doesn’t exist and has disappeared. This is the second absurdity. If he had applied for a new order, it would have been different.

When I heard about the development of events, I was stunned and fell silent. I am so amazed at how such a person can get legitimacy at the highest level.

“The legal advice that the President has received is highly harmful, because there is no court order to extend it, since it does not exist. It died two weeks after it was made. The line of succession of the President cannot come from the Secretary.

“Then it’s all absurd. I’ve always heard of the theater of the absurd, but this is one of the worst I’ve ever heard of.

“Third, Sagay said that the NEC meeting requires seven days’ notice, but Giadom only gave three days. Therefore, he advised the President not to participate in the meeting.

Before, it was reported that President Buhari had finally made his position public by supporting Giadom as acting National Chairman of the party.

This was announced on Twitter by the President’s press Secretary, Garba Shehu. According to Shehu, the President will attend a meeting called by Giadom on Thursday. 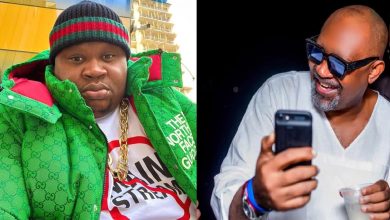 All rapists will be exposed by God- Pastor Adeboye