As the leadership struggle intensifies within the All Progressive Congress (APC), the crisis rocking the ruling party took a dangerous turn on Wednesday, June 24, when Hillard Eta, the acting National Chairman of the party, declared a threat to his life.

According to the New Telegraph, the National Vice-Chairman of south-south, who reported this in a conversation with the press by phone, said that thugs from Port Harcourt are coming to make an attempt on his life.

He said: “I just thought I should tell the press about these plots.”Eta, which stood up for Senator Abiola Ajimobi, also said that the party’s national working Committee (NWC) received a message that bandits were sent to burn down the National Secretariat from Port Harcourt.

Although the APC chieftain said that these charges have not yet been brought to the attention of the police, he added that this will be done after he leaves the party’s national Secretariat.

The national Vice-Chairman of South-South went on to point out that the plan is for thugs to pretend that the party’s working Committee provoked a fire to burn down the headquarters.

Before, it is reported that despite the crisis shaking the ruling APC, the Abiola Ajimobi-led National Working Committee insists that there is no faction in the party.

The party also noted that the suspended Deputy national Secretary of the party, Victor Giadom, who claims to be the Acting Chairman of the party, is an impostor.

Also Read: We are not Following you to PDP despite inducements

This was stated by Eta on the night of Tuesday, June 23, in the party Secretariat during the receipt of the report of the APC Committee on the just-concluded primaries of the Edo governorship.

As for other news, Giadom hit back at his critics after he was removed from the post of national Deputy Secretary of the APC.

It was reported that the embattled self-proclaimed incumbent national Chairman of the Party said on Monday, June 22, during a press conference that the only way out of the ongoing leadership crisis in the party is to convene the NEC. 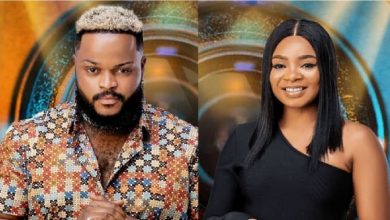 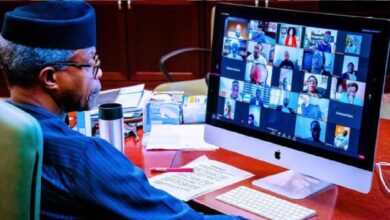