The PDP Gubernatorial Candidate, Omoregie Ogbeide-Ihama, explained why he initiated legal action to keep Governor Obaseki from participating in the Edo Gubernatorial Primaries.

The Challenger, in a statement on Wednesday, June 24, said that while he remains loyal to the party, he opposes the PDP nomination process for the Edo gubernatorial election.

He said that after going through all the difficulties with the party, he was surprised that some leaders in the party were trying to stop his ambition by all means.

Ogbeide-Ihama claimed that the Edo PDP primary process was bastardized by some party leaders.

“The fact that this injunction is related to a flawed process that was adopted to put the Governor on the ballot for the primaries,” he said.

“An unbiased and critical look at the process adopted to allow him to participate in the primaries will show that probably as a result of the rush to make this happen, there may have been a couple of illegal actions that could have created legal loopholes for our opponents or affected parties to exploit.

It is expected that we will learn from the situation in the last elections with the opposition party in the States of Zamfara and Rivers. “Feelings should never stifle due process, justice, equality and the rule of law.

The established rules should not be distorted or violated at the whim and whim of anyone who feels this way, for whatever reason. No serious system will thrive in this practice.

The contender denied claims that he was being sponsored by forces to thwart Governor Obaseki’s plans.

He apologized to Arty members who were not happy with the decision and thanked the party leaders who asked him to intervene in the case.

In other news, the Independent National Election Commission (INEC) raised an eyebrow against the conflicting court verdicts and court proceedings that characterized the preliminary gubernatorial elections in Edo state.

Speaking on Tuesday, June 23, ahead of the vote scheduled for September, INEC Commissioner Festus Okoye said that lawsuits and tricks can disrupt the smooth conduct of elections and party primaries.

Okoye spoke in the Wake of an injunction by the EDO High court that kept the People’s Democratic party (PDP) from disqualifying contenders after another court sitting in Port Harcourt delivered the opposite verdict on the PDP primary.

The Commissioner also noted that INEC is monitoring issues leading up to the Edo state primaries and said that the party primaries, including dispute resolution, will end on June 27, 2020.

“Political parties should note that the organization and planning of various events and processes leading to the holding of elections are complex and require extensive and careful planning, and any disruption of these processes is associated with huge costs for the nation.

“The scope and intensity of pre – election court proceedings and the conflicting orders emanating from them can damage the smooth conduct of the primaries and upcoming elections,” Okoye said. 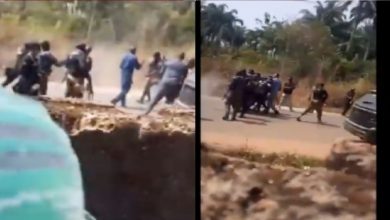