The news of the death of Abiola Ajimobi, directly the former Governor of Oyo state, was dismissed by his press Secretary, Bolaji Tunji.

But Tunji, in a statement, urged Nigerians to ignore rumors of Ajimobi’s death, noting that the former Governor is alive, as Globalgistng.com earlier reported.

Similarly, the former Governor’s daughter-in-law, Fatima Ganduje-Ajimobi, denied the rumor of his death. “Thank you for all your messages, but our father is still alive, Alhamdulillah. When our time comes, we will all die, so wait first, ” she tweeted.

In addition, a journalist from Oyo state, Kemi Oluloyo, said she had spoken to members of Ajimobi’s family, who confirmed that He was alive.

Ajimobi recently tested positive for coronavirus. According to unconfirmed reports, the politician is currently in critical condition in an undisclosed hospital.

Meanwhile, after reports that the South African branch of the all progressives Congress (APC) had lost its Chairman, Bolu Babarinde, in the cold hands of death, the party denied the news and subsequently called it misleading.

This was reported to the news Agency of Nigeria (NAN) by Sani David, the National Secretary for public relations of the office.

The party called on various media outlets that may have published false and misleading reports about the death of its Chairman to kindly withdraw such reports.

In another report, despite the daily increase in the number of Coronavirus cases in the country, the National Orientation Agency (NOA) expressed concern that some people in rural communities do not believe the virus is dangerous, the Nigerian Tribune reports.

The Agency reported this through its Director-General, Dr. Garba Abari, during its comments on awareness-raising activities in the fight against coronavirus.

NOA, raising the alarm, explained that rural communities ‘ disbelief in the consequences and dangers posed by the virus is a serious danger to Nigeria. Although Nigerians are aware of the deadly virus, some still do not believe in the danger and impact of COVID-19.

Dr Abari said that many Nigerians, to avoid the security service, only use face masks or if they end up in a place where it becomes mandatory. 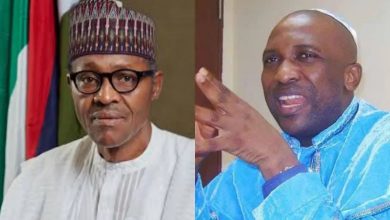