Former Ekiti state Governor Ayodele Fayose described the crisis facing the ruling All Progressives Congress (APC) as a manifestation of God’s wrath against the party for its role and that of its government in impoverishing Nigerians, facilitating election fraud and looking the other way while Nigerians are being killed by the thousands.

Fayose, who was responding to the agribusiness crisis in which three people are vying for the post of acting National Chairman, said: “the party displays a domineering arrogance and treats Nigerians with contempt. This is just the beginning, and things will get worse with time.”

In a statement issued on Thursday by his spokesman, Lere Olayinka, the former Governor said that Nigeria must return to the path of progress that was before the APC took power: “more confusion will hit the party until it goes into oblivion.”

He noted that no one can legally apply for the position of National Chairman of the APC in any capacity, adding that the Independent National Election Commission (INEC) should remember that it is considered as helping the APC to defend its illegality.

Fayose, who lamented the killings by bandits in the North, especially in the States of Katsina, Kaduna, Zamfara and Sokoto, added that ” God will never be satisfied with the party that its government does nothing to stop the bloodshed, the rape of women, including children, and the destruction of the livelihoods of people occurring in the country.”

He said: “it is officially recorded that more than 300 Nigerians have been brutally killed by bandits in the past three weeks, and the agribusiness government has done nothing. It is more likely that Nigerians who have expressed concern are subjected to insults from the agribusiness government, while those who have protested are arrested and detained.

Also Read: Ekiti 2022: Your Meeting With Tinubu Is Not In The Interest Of PDP- Group Chides Fayose

“God also cannot be happy with a party like the APC that its government has not only impoverished Nigerians, but also plunged the country into debts that future generations will have to pay with its inept presidency.

“Most importantly, will God be happy with the APC after seeing how elections have been rigged since 2015, with the latest being in the States of Kogi and Bayelsa?

“Of course, their Affairs will get worse over time, because for Nigeria and its people to return to the path of peace and progress, the APC house of lies, which feeds on the blood of Nigerians, must collapse.” 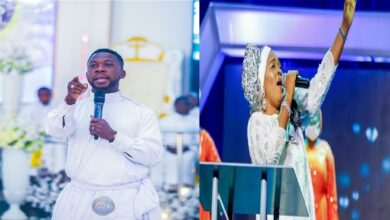 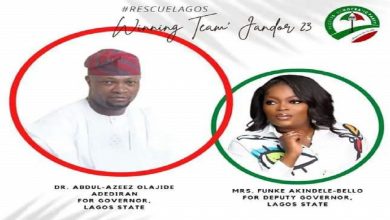