Honduran President Juan Orlando was hospitalized after testing positive for Coronavirus. He is currently being treated for pneumonia.

His wife, Garcia Carias, also tested positive for the deadly disease. Unfortunately, two other people who work with the couple were also infected, according to Vatican News.

According to media reports, the President is receiving medication through his veins as his condition gradually improves.

Huang addressed the media, saying that his health was improving. It should be noted that the President is one of 10,000 cases of Coronavirus in Honduras.

Meanwhile, It was reported that Jacques Joachim Yombi Opango, the former President of the Republic of the Congo, died of a coronavirus in France. It was revealed that Opango died on Monday, March 30, at the age of 81.

Opango fell ill before he was infected with the deadly virus that is spreading around the world like a raging forest fire. Opango was an army officer who became the first General of the Republic of the Congo and served as its head of state from 1977 to 1979.

In other news, Kaletia Hodges, a doctor who will conduct clinical trials of experimental drugs in an attempt to find a vaccine for the deadly Coronavirus, has the task of persuading black people to participate in the process.

Although African-Americans have actually been affected by the virus, they are not well represented in human studies aimed at treating the disease.

Almost a quarter of the more than 116,000 lives lost by Covid-19 are black, according to a study called Color of Coronavirus conducted by the APM Research Lab.

Recall that an American named James Henderson complained about how his 22-year-old grandson caught the coronavirus. Grandpa James said the young man went to the party with about 30 people without observing any form of social distance or wearing a mask.

The man said that he and 9 other people got the disease. In his last words, he said it was a warning to young people who think their immune system is stronger than the virus.

Speaking about the stigma associated with having a coronavirus, Nigerian survivor of the disease Oluwaseun Ayodeji Osowobi shared a powerful message in a short video. In the short video, He told people that denial does not give them the right to brand those who are positive about the virus. 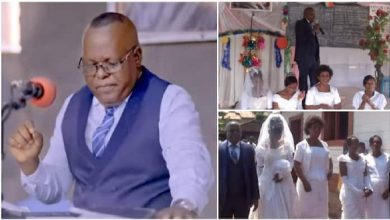 VIDEO: Prophet Marries 4 Virgins At Once, Says He Adopted The Idea From The Bible