Ahead of the upcoming gubernatorial elections in Edo state, the All Progressives Congress (APC) has opened the state’s election and appeals commissions.

The group is charged with holding a party primary election on June 22 for the appearance of its standard-bearer before the election.

In the person of the Honourable Hillard Etagbo Eta, the acting National Chairman, Senator Abiola Ajimobi, urged the group to ensure the success of their task.

The Nation reports that the election Commission of seven people headed by the Governor of IMO, Senator hope Uzodinma and Senator Ajibola Bashiru as Secretary.

Meanwhile, He reported that it started as a small setback that would soon disappear when Governor Godwin Obaseki and his former mentor, boss, and godfather, Adams Oshiomhole, began to plot a warpath against each other.

Relations became even colder and more estranged when Obaseki attacked his predecessor in a bitter political split that became apparent in June 2019.

Oshiomhole felt betrayed and crushed when the Governor of Edo made an attempt to send him into oblivion and decided to take his pound of flesh after surviving the first blow.

The feud flared up and reached a climax on Tuesday, June 16. Obaseki resigned as a member of the APC under strange circumstances.

The embattled Governor bowed to the ruling party like a defiant warrior after failing to get the warring parties in Edo to bury their grievances.

He will announce his new political home in due course, but there are signs that he will switch to the People’s Democratic Party (PDP).

In another development, It was previously reported that in what will be a shocking event for many Nigerians, former Oyo state Governor Ajimobi is reportedly in a coma.

The former Governor, who is said to have been on a ventilator for some time, is fighting for his life after Contracting a coronavirus, Ajimobi, who is being treated in Lagos at the first consultant cardiology hospital in ICOI, Lagos is the Vice-Chairman of the All Progressives Congress (APC). 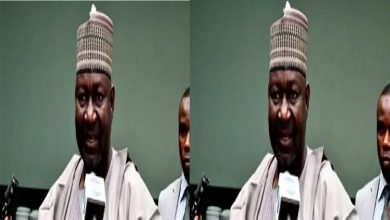