The UN Security Council has condemned the killing of at least 120 villagers in Borno state. In a statement on Wednesday, the UN complained that many people were also injured between 9 and 13 June, 2020.

“Members of the Security Council condemned in the strongest terms the numerous terrorist attacks on 9 and 10 June in Felo, 13 June in Monguno on a UN humanitarian facility and 13 June in Nganzai in Borno state, Nigeria, which together resulted in at least 120 dead and other injured,” the statement said.

Members of the security Council commended the efforts of the countries of the region, including within the framework of the multinational joint task force, to effectively combat terrorism, and called for further progress in this area.

The members of the Security Council reaffirmed that acts of terrorism in all its forms and manifestations constitute one of the most serious threats to international peace and security.”

The UN, however, has urged the Nigerian government to ensure that those responsible for these attacks are brought to justice.

Also Read: 20 soldiers and 40 civilians killed Bokoharam in attacks in the Nigerian state of Borno

It read “ ” the members of the Security Council stressed the need to bring to justice the perpetrators, organizers, financiers and sponsors of these reprehensible terrorist acts and urged all States, in accordance with their obligations under international law and relevant Security Council resolutions, to cooperate actively with the government of Nigeria and all other relevant authorities in this regard.

The members of the Security Council reiterated that any acts of terrorism are criminal and unjustifiable, regardless of their motivation, wherever, whenever and by whomever they are committed.

Tags
2020. BOKO HARAM borno state Borno Villages the UN complained that many people were also injured between 9 and 13 June The UN Security Council has condemned the killing of at least 120 villagers in Borno state. In a statement on Wednesday 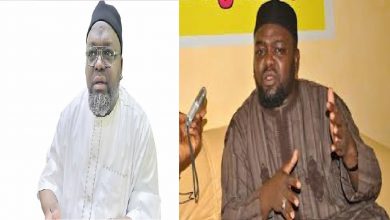