Speaking to State house correspondents after a closed-door meeting, Adamu said he briefed the President on sexual and gender-based violence across the country and police efforts to combat the threat.

IGP said that law enforcement officers are dealing with all reports of rape and gender-based violence in the country.

Adamu said that police registered about 717 cases of rape across the country between January and September. and may 2020.

He said that so far 799 suspects have been arrested, 631 cases have been finally investigated and brought to court, and 52 cases are still under investigation.

“Now the public has learned that due to the restrictions of COVID-19, the number of cases of rape and gender-based violence has increased dramatically.

“These are cases that are now surfacing, but we want members of the public to know that rape and gender-based violence has taken place.

Adamu urged all Nigerians to speak out against cases of rape or any other form of molestation, as the force will continue to deal decisively with such cases as soon as possible.

He said: “I will call on every Nigerian who comes across any victim of sexual crimes, rape or gender-based violence to report it quickly to law enforcement officials, because silence by not reporting it will enable criminals to continue to commit crimes.

Also Read: 20 soldiers and 40 civilians killed Bokoharam in attacks in the Nigerian state of Borno

“This is a very sinful crime, it is sinful for an individual to engage in rape or desecration, and there are many reasons for this, some do it for ritual purposes, and some do it because they sit in the family, and they see the victims, and they have a desire to enter it. Such people should not be allowed to get away with it.’

According to the police chief, the government is committed to building partnerships with all stakeholders in West Africa to deal with this threat.

“From now on, national partnership with each interested party is what we are currently doing, not only within the country, but also in the sub-region.

“We must cooperate with the organizations that are involved in this. We know that we are working seriously with the UN Office on drugs and crime and other civil society organizations,” he said. NAN 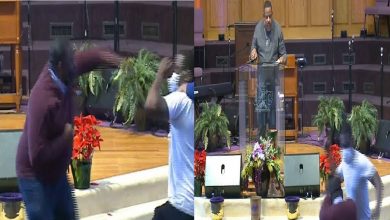 VIDEO: Shock As Fight Breaks Out Inside Church While Pastor Was Preaching