These are many sins of Edo State Governor, Godwin Obaseki, who was disqualified by the All Progressive Congress(APC), on Friday, June 12, for not submitting the right Certificate.

December 29, 2016, Obaseki ordered two BTR leaders Osakpomwan Erie and Sunday Osagbone to be placed in custody in oko prison for an alleged attempt on the life of chief Osaro Aidaha.

October 6, 2018, He nominated his preferred candidates for the National house of Assembly elections from the party in several LGBT States of Edo.

February 23, 2019, He lost his district, LG, Federal electoral districts, and senatorial district in the presidential election/national assembly. He played Golf on election day.

March 18, 2019, He allegedly suspended General Charles Ariabere from working in the agro-industrial complex.

March 21, 2019,He threatened the life of Hon. Chris Okaeben and vowed that there would be no inauguration in the Edo state house of Assembly.

June 5, 2019-Obaseki blackmailed and accused Edo’s agribusiness leaders of fighting him for access to the state Treasury to exchange Edo money.

June 17, 2019-Obaseki refused to appoint 14 members of the APC elected to the Edo State house of Assembly. He accused Oshiomhole of impeachment plans against him.

17 June 2019, 14 elected members of the Edo house of Assembly were physically assaulted at the Golden Tulip hotel by thugs loyal to Obaseki under the supervision of the Nigerian police.

July 4, 2019-Obaseki ordered the illegal suspension of Hon. Chris Okaeben from participating in the APC by his party branch, Oredo LG.

July 23, 2019, He fought against the Ministerial candidacy of the Hon. Clem AGBA by President Buhari.

August 29, 2019-Obaseki at the South-South governors forum and in a letter to President Buhari through the head of APC Ovia North East, LG rejected the candidacy of Dr. Piya Odubu and chief Victor Ehator as Chairman and Board member of NDDC, respectively.

on 3 September 2019-Obaseki, through his lawyer Andrew d Adase Emwantu, filed a lawsuit in the Abuja FCT High court against the nomination of his Edo colleague, Dr Piya Odubu, as nddc Chairman. He asked the court to transfer the position to Delta state.

October 8, 2019-Obaseki was illegally removed from office, the honourable Patrick Agined as Chairman of Esan West LG. This was after he had previously removed 3 other people from office, namely Alhaji Yakson Musa, Alhaji Aremiyau Momoh and Eghe Ogbemudia from Etsako West, Etsako East and Egor LG respectively.

October 9, 2019-Obaseki banned the Edo people’s movement (EPM) from the Edo APC state party Secretariat and ordered his loyalists to deal with anyone and everyone who holds EPM meetings.

October 11, 2019-Obaseki ordered the arrest of Hon. Osarobo Idahosa, the leader of the APC in Ikpoba-Okha, and about three hilux police cars were parked outside his home for several days.

October 18, 2019-Obaseki allegedly ordered the removal of Lawrence Okaha from the post of state Secretary of the Edo agro-industrial complex.

October 27, 2019-thugs loyal to Obaseki attacked comrade Karlis Imolore and other leaders/members of the APC in Ovan East LG.

on November 2, 2019, thugs loyal to Obaseki and led by his Deputy, Philip Shaibu, who was riding a Bicycle, booed Oshiomhol at Edo Iyamoh University. Obaseki further accused the attack of the guests Oshiomhole, both Lagos and others on Oshiomhole only in order to embarrass him.

November 14, 2019-Obaseki used one Steven Oshavo and 8 others (out of 26 exco members) to conduct the illegal suspension of Adams Oshiomhol in his ward 10 Etsako West LG.

November 22, 2019-Obaseki lobbied members of the APC NEC for attempting to remove Adams Oshiomhola as Chairman of the APC National party.

November 22, 2019-Obaseki sealed the premises of the hotel business of comrade Osakpomwan Erie. He went further and captured his tracks, excavators, and other working equipment at his sand mining facility (quarry).

December 3, 2019-Obaseki ordered Frank Okie to illegally declare vacant the seats of 14 elected members of the APC house of Assembly. And asked Enoch for a by-election.

12 December 2019-a convoy of Oshiomhole and members of the NWC were attacked in Benin on thugs loyal Obaseki. They rioted, burned cars, set fire to the road to the airport, and harassed innocent citizens.

December 13, 2019-Obaseki imposed a ban on all political rallies and gatherings on both public and private properties, with the threat of revoking the C of O of such properties.

December 13, 2019-Obaseki ordered people from the Nigerian police to seal the Garrick memorial school to prevent pastor OSAGI ize-Iyamu’s welcome rally back to the APC.

December 22, 2019-Obaseki accused Edo APC leaders of being responsible for repeated fire incidents in several markets in the Beninese metropolis.

December 22, 2019-at an APC meeting in Oredo, Obaseki accused oshiomhol of godfathering by breathing down His neck to fully control his government. Earlier he accused Oshimura plans to announce he (Obaseki) impeachment as Governor.

on 23 December 2019, thugs loyal to Obasek attacked the constituency of Professor Julius Ihonwbere and the empowerment program in Ovan West LG.

December 23, 2019-Obaseki celebrated when the appointment of the Hon. Samson OSAGI expired without further extension by President Buhari as Executive Director of marketing and business development for Nigeria Communication Satellite LTD.

January 25, 2020 – the site of the APC Edo north rally in Auchi burned to the ground. Chairs, tables, canopies and other equipment and materials were destroyed.

29 January 2020-Obaseki established a team to investigate Oshiomhol in connection with the construction of the Benin specialized hospital.

January 30, 2020-an attempt was made on the life of the Hon. Henry Idahagbon with 77 bullet holes in the floor and Windows of his office.

February 1, 2020-Obaseki ordered the police to seal the “Okaigisan hall”, the original location of the EDO BTR Central rally.

1 February 2020-the Beninese residence of chief Francis Inegbeneka (Ouzo) is blown up by an improvised explosive device.

February 3, 2020-Obaseki, through his Deputy, Philip scheibu, asked the IG from the police and the DSS Director to arrest Adams Oshiomhol.

10 February 2020-the Beninese residence of Lawrence Okah is bombed after an attempt on his life earlier in the same residence.

February 15, 2020-Obaseki celebrates the loss of the Bayelsa state APC to the NDP in the Supreme court.

22 February 2020-bandits loyal to Obaseka were mobilised to the airport in Benin to prevent Oshiomhola from arriving in Benin without the approval of the Governor of Obaseka.

22 February 2020-Obaseki blocked the entrance and exit to the street of the Beninese private residence of Oshiomhole with the help of garbage trucks of the Edo state waste management. This was done in order to Oshiomhole could not enter his home or to receive visitors.

February 29, 2020-Obaseki revoked the C of O on the property of Dr. Odubu, Professor Ihonwbere, chief Elam, and other APC leaders.

March 5, 2020-Obaseki celebrated the short-lived removal of Oshiomhol from the position of national Chairman of the APC by the FCT High court.

13 March 2020-Obaseki approved Victor Giadom of rivers state at a South-South Caucus meeting in Abuja as the national Chairman of the APC to replace comrade Adams Oshiomhola of Edo state.

June 2, 2020. Took the party’s national working Committee to the Federal High court in Benin city to change the direct primary to its indirect primary.

2 June 2020. The party’s national working Committee has asked the Federal High court in Benin city not to accept pastor OSAGI ize-Iyama as a party member and to challenge the NWC’s decision not to participate. 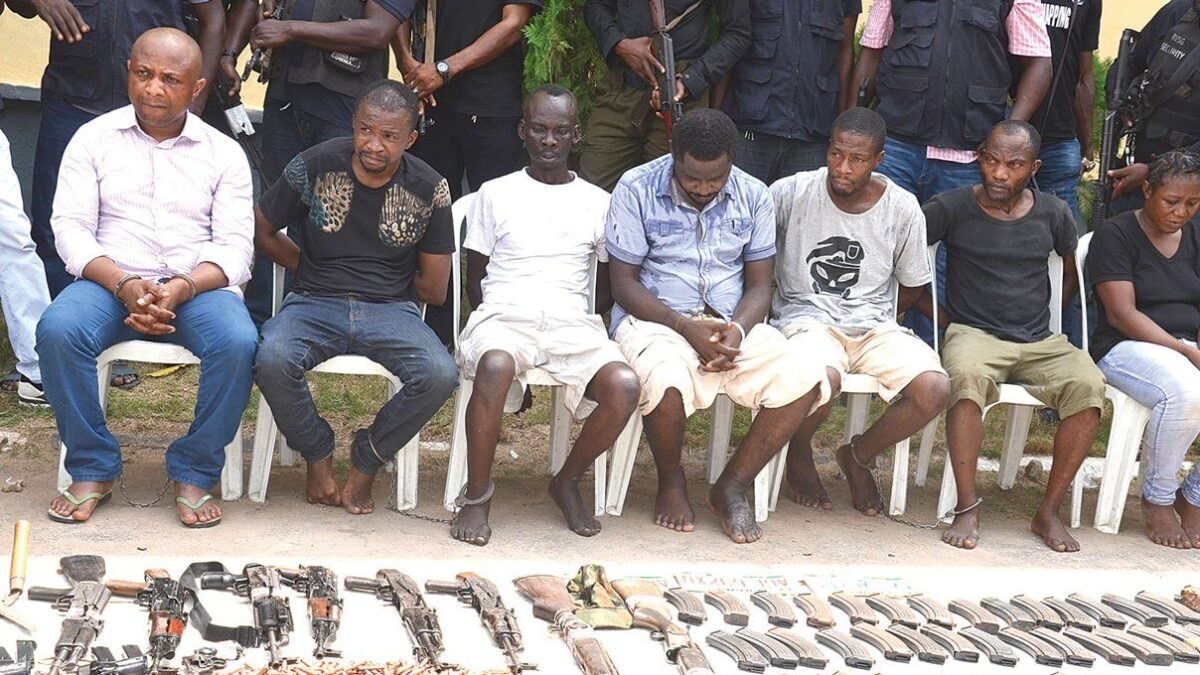 Buhari, Osinbajo and others to take COVID-19 vaccine live