The All progressives Congress (APC) faction in the House of representatives accepted pastor Osage Ize-Iyamu as the preferred candidate for the June 22 primary election.

In a joint statement by six agribusiness members in the green chamber, they said the resolution was adopted after extensive consultations across the state.

The statement reads: “In addition, as party members, we hereby declare our full support for the method chosen by the party as the preferred method for the upcoming Edo primaries.

“In reaching this conclusion, we considered security, security and logistics considerations, as well as political inclusiveness and compliance with Covid-19 rules.

Also Read: We have restored N800b of the anti-corruption drive-Buhari

“The APC Lawmakers praised party men and women for their resilience and support.

Former member of the state house of Assembly and special adviser to Obaseki for political Affairs (South Edo) Osaigbowo Ieha warned that Oshiomhole’s alleged arbitrariness and persistent disregard for the rule of law will cost the party a fortune in the upcoming gubernatorial elections in Edo state. 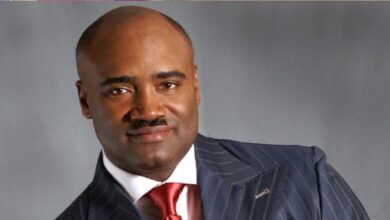