US President Donald trump does not plan to attend the farewell ceremony and funeral of African-American George Floyd, who died during police custody in Minneapolis (Minnesota).

In the coming days, commemorative events will be held in memory of Floyd in the United States. On June 4, farewell ceremonies were already held in Minneapolis and new York. Over the weekend, similar events will take place in the city of Ryford (North Carolina) and Houston (Texas), where he will then be buried.

The incident, which caused a public outcry, occurred in late may in Minneapolis (Minnesota). The police received a call from an employee of a local store complaining that a large black man paid with allegedly fake bills, is in a state of strong alcohol intoxication and is going to drive.

Law enforcement officers found the alleged intruder-it turned out to be 46-year-old George Floyd-knocked him to the ground, one of them put his knee on Floyd’s neck and did not pay attention to his screams that he could not breathe. After some time, the detainee lost consciousness, and later died in the hospital from asphyxia.

Floyd’s death sparked a wave of riots in the United States, starting in Minneapolis, where he died. Peaceful protests quickly gave way to pogroms and looting. Trump criticized the governors for their weak response to the protests and demanded that they respond to the pogroms with force. In addition, he called the riots acts of domestic terrorism. 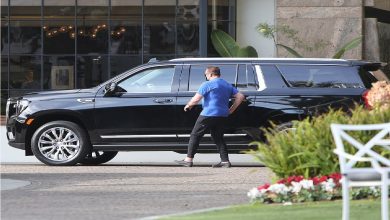