Omo Imam from Igede Ekiti,Ekiti State, on May 31,speaks to the media,concerning the ongoing PDP crisis in Ekiti State, saying some set of people have turn PDP party platform into governance ignorantly and forgetting that government is tenured, but platforms outlived governance.

The case of those who defecate on the bed at dawn, forgetting that time flies and wait for no man.

They have wrongfully assumed that life is as straight as the piping of a gun, they never took to cognisance the bends that could sprang up unaware along the journey

They have arrogated to themselves even the powers to know what tomorrow holds, they consumed both the seedlings and the fruits

Aye fami lete ki n tuto, they collapsed the whole system of governance and politics into 1.

They replaced party Elders with loyal office holders…yes everything was going on well with them.
They are not answerable to the system that afforded them the Platforms, they were filled with arrogance and powers of their offices. Disregarded warnings and bullied those who made attempts to checkmate their excesses.

Little did they know that power is transient while party is platform, Power is lost, the touch of party weakened. Still living in self deceit, muscling those whose interest is to CORRECT the WRONGS

They felt so insecure, and even unsafe to accept a helping hand, Arrogance and force that led to power loss are still the styles in their survival race to sustain relevance.

Those who benefitted from the disorganization of the party, impersonating party leaders just because they won elections into various offices, are still the same set of people wanting to call the shots even when it’s glaringly evident and boldly written that they have woefully failed the party.

“What’s the need for REPOSITIONING, if nothing was wrong with the party”?

How can you claimed nothing was wrong with the party when an Aspirant within same party was openly opposed and vilified using instrument of office that was a collective mandate made possible by all and sundry??

The PDP is not the property of individual nor a business umpire that should be so insured to serve only the interest of a selected few.
It’s a big platform meant to actualized the vision and dreams of as many as those whose intentions and impression marries the trust and expectation of the public.

As we put this house in order, we also welcome more into the fold to making it stronger and formidable.

We must take the party back from the confines of individuals and handed it back to the original owner (The People) making their opinions count. 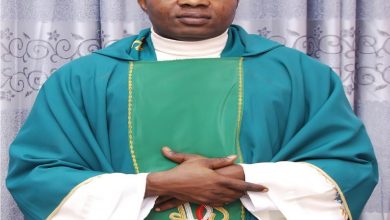