The administration of the Twitter microblogging service decided not to delete a tweet by US President Donald trump threatening to take the situation in Minneapolis under the control of the us army, and marked it as violating the company’s rules “regarding the glorification of violence.”

We are talking about the message of the American leader, which he published in the microblogging service on may 29. “These bandits are desecrating the memory of George Floyd, and I will not allow it. I just spoke to the state’s Governor, Tim Walz, and told him that the military is at his disposal. In case of any difficulties, we will take control of the situation — when looting and shooting begin,” the President said.

“Twitter employees decided not to close access to it, since it may be a subject of public interest,” the social network administration said in a message attached to trump’s tweet.

Earlier, trump noted the need to send national guard forces to Minneapolis, explaining that “he can’t stand by and look at what is happening to a wonderful American city.” “Complete lack of leadership. Either a very weak radical left-wing mayor, Jacob Frey, will take action and take control of the city, or I will send the national guard and do everything right, ” the President wrote.

Later, he still sent more than 500 fighters to the state of Minnesota, to the cities of St. Paul, Minneapolis and nearby areas where there are riots.

Protests in Minneapolis and several surrounding areas have been going on for several days. They began after a 46-year-old Minneapolis resident, African-American George Floyd, died on May 25 after an incident with police officers. Eyewitnesses released a video that shows how during the arrest of Floyd, a police officer threw the man on the asphalt, pressed his neck with his knee, until he suffocated.

Four officers who participated in the arrest of an African-American man were fired. Minneapolis police chief Medaria Arradondo expressed his condolences to the family and friends of the deceased.

In connection with the riots in this city, a state of emergency was introduced. 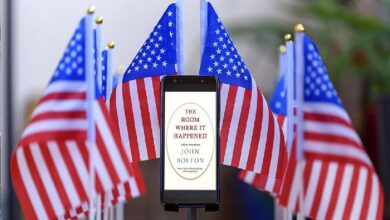