The main requirement for t-shirt street clothing is durability and practicality. Things of domestic brands are often scolded for their short service life and inability to withstand even minimal loads. “Afisha” decided to test this judgment and washed t-shirts of Russian designers ten times in the recommended mode.

Who Appeals to the romance of vagrancy brand began with simple t-shirts with portraits of misanthropic writers and for a couple of years has gained serious momentum. Among the successes — collaborations with Alina Gutkina and the French art group Frenchfourth and the organization of its own production of backpacks, windbreakers and even bombers, however, neither t-shirts nor the theme of urban despair “Sputnik 1985” did not abandon.

This Dark outfit for the next “lost generation” – deliberately anti-aesthetic font and aggressive message of the inscription” I’m worse than you ” is best combined with a hungry and angry expression.

After that, the letters slightly changed, but in General, one of the best indicators of the test — almost unchanged.

Who is a Fashion brand with a claim to the Zeitgeist, sewing clothes that are equally suitable for both well-off ironic punks and Ravers who love exaggerated rusticity. Crossed sickle and Orthodox cross, the word “Faith” with a cynical sign of the ruble in the middle, a sweeping crossed-out “Youth” — in this, by the way, the vocalist of the group Foals excited Muscovites.

To the Charcoal color of the fabric, a quote from Yegor Letov, served so thinly that for the uninitiated it will remain just a beautiful picture.

After the Print began to dry off, but this only made it nicer: it contrasted too strongly with the total negation inherent in “Civil defense”. Cigarette holes are not included.

Who a Duo of designers, noted by the influential resource Highsnobiety, trades clothes that will be appreciated by fans of modern white hip-hop, especially the artist Yang Lin. However, there are also intersections with Russia: soon ZiqandYoni will have a collaboration with Guf for the sepulchral ghetto-goth series Black.

Before the Dazzling white short-sleeve t-shirt, the design of which is inspired by the form of the Russian national football team in the nineties, the number on the edges — an indication of the first anniversary of the brand.

After the Absolute winner of the test, despite the slight smell of second-hand, the dried t-shirt was no different from the same new one.

Who is a Modest graffiti zine Code Red for ten years has grown to a representative online portal, clothing line and two stores. Code Red launched with a special bag for easy carrying of a paint balloon, soon expanding the range to all types of everyday clothing. Now things of the Russian streetwear pioneers can be seen not only on riders and skateboarders, but also on people who are as far away from the street subculture as possible.

A very Concise black t-shirt made of a pleasant to the touch fabric.

After the sixth wash, the image of the can on the chest faded and the logo of the company was disheveled, but then the t-shirt showed miracles of resistance, holding in the same form until the end of the experiment.

Who are the Guardians of heritage from Rostov-on-don, who draw inspiration from black-and-white American cartoons, old-style comics and illustrations for adventure books. There are lots of such small and proud designers all over the world, but comfortable sweatpants or a t-shirt for running are never superfluous.

An ivory t-shirt that looked as if it had been exposed to the sun more than once. Stretch fabric, tropical print-this should be taken with you on vacation in a hot country or wait for summer.

After that, the Direction chosen by the brand requires that all things look as if they have already lived a long and interesting life, so ten washes could not add anything to the existing image.

Who is the Second birth of the brand beloved by the capital’s fashionistas from St. Petersburg, which was closed due to a lack of decent production capacity in Russia. The range is cautious: practical backpacks made of tourist Cordura fabric and discreet everyday items not only for those who are already embarrassed to flaunt a large print, but also for those who are not ready to wear only blank t-shirts.

A very Comfortable straight-cut t-shirt made of Japanese cotton. On the heart-a conqueringly curved tiger, reminiscent of the works of the famous Tula tattoo artist nicknamed the Shooter.

But for the tiny size of the drawing, Circle of Unit would have been in the first place of the competition — the changes are barely noticeable to the eye.

Who is a Young brand of uncomplicated clothing, founded by the Moscow apologist of street art Vova Nootk — a rare person in relaxed graffiti circles, whose roots go not to hip-hop, but to guitar hardcore, the visual aesthetics of which can be traced in the flashy cartoon prints of Nootknoot.

Up to the electric t-Shirt with the image of a pop-eyed ninja mummy-the brand’s logo; the most calm print in the collection, where the most expensive thing costs 1450 rubles.

After That, if the first batch of things from Nootknoot, according to evidence, was not very resilient, then by today the quality has improved: for ten washes, the t-shirt has faded quite slightly.

Who’s Rough clothes for a concrete jungle. You don’t have to be a young skateboarder to wear Anteater: the brand boasts both minimalistic belts like Fjällräven and plaid shirts like Carhartt. Although everywhere there is no-no Yes and flashed a string of wall calligraphy or a hint of the “Board” roots of the brand.

Until Spring-green t-shirt, dense, but not constraining movements.

After Anteater, the Laundry was the worst. After the fifth wash, the t-shirt had a sad look: the fabric had faded to a pastel color. Although if this is the weakest link, we must admit that the overall level of domestic streetwear has grown significantly over the past two years.

Tags
The main requirement for t-shirt street clothing is durability and practicality. Things of domestic brands are often scolded for their short service life and inability 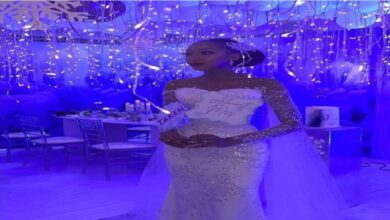 How To Pray With The Bible 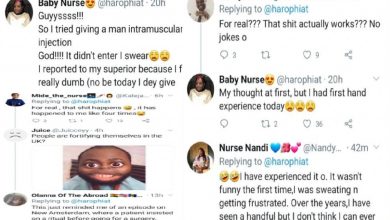