Frontline Edo Governorship aspirant of All progressive Congress for the September 19 Edo State Governorship Election, Pastor Ize-Iyamu, on thursday, May 28.

He clear air on receiving endorsement from the trio of the All Progressives Congress (APC) National Chairman Adams Oshiomhole, National leader Asiwaju Ahmed Bola Tinubu and President Muhammadu Buhari to contest the election.

Fielding questions from reporters after picking the Expression of Interest and Nomination Forms at the party’s national secretariat in Abuja, Ize-Iyamu denied ever meeting with any of them, confirming that he has only received the endorsement from seven other intending aspirants that stepped down for him.

The former candidate of the People’s Democratic Party (PDP) in the 2016 Edo State Governorship poll also endorsed the decision of the APC National Working Committee (NWC) to adopt direct pimaries.

He further claimed that the governor’s insistence on direct primaries is because he wants to manipulate it, arguing that direct mode of primaries is the best method under the current deadly health coronavirus pandemic.

He argued that he is not a beneficiary of the rift between Governor Obaseki and the National Chairman, narrating how he made several attempts to wade into the crisis but the governor blocked him. 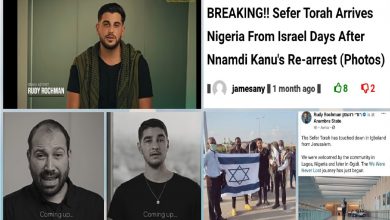 We Were Caged Like Animals By Nigeria’s DSS For 20 Days: Israeli Activists Release Documentary(VIDEO) 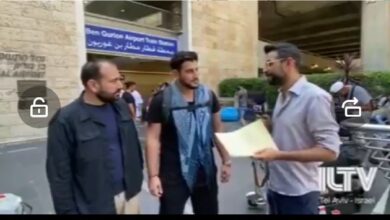