In Belgium, 303 people have died from COVID-19 coronavirus infection in the past 24 hours. On Monday, April 13, reports sudinfo.be.

At the same time, the number of people infected with coronavirus increased in Belgium by 942 people per day. This was the lowest daily figure for the past week. The total number of cases reached 30,589 people.

In total, 3,903 people have died in the country since the beginning of the epidemic, RT reports.

The day before, it was reported that the Belgian police had detained alleged participants in the riots in Brussels. 45 people were detained, the 360 TV channel says.

The cause of the riots was the death of a 19-year-old motorcyclist who was seen on the street in violation of traffic restrictions in the context of the coronavirus pandemic and tried to escape from the chase. After that, calls to take to the streets began to spread through social networks.

An outbreak of COVID-19 pneumonia caused by the SARS-CoV-2 virus occurred in Wuhan, China, in late December. Outside of China, the disease has been diagnosed in patients in more than 180 countries. On March 11, the world health organization (WHO) declared a coronavirus pandemic in the world. According to Worldometer on April 13, more than 1.8 million cases of the disease were confirmed worldwide, and 114 thousand people died. 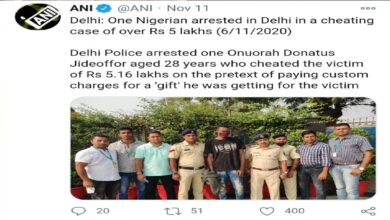