US President Donald trump said that he agrees 100% with the removal of the captain of the US aircraft carrier “Theodore Roosevelt” Brett crozier. He said this on April 4 at a briefing that the White house broadcast on Twitter.

On April 3, acting Secretary of the US Navy Thomas Modley announced the removal of crozier from his post due to a publicized report about the spread of coronavirus among the ship’s crew.

“It was a five-page letter from the captain. I Don’t think it was appropriate. They are strong, courageous people. To be honest, it looked awful. I agree with this decision [removal from office] 100%, ” trump told reporters, also denouncing the stop of the aircraft carrier in Vietnam.

“Theodore Roosevelt” in January this year left the city of San Diego (California), and on March 24, the media reported three cases of COVID-19 infection on the ship.

Later, the ship’s captain, Brett crozier, wrote a letter to top officials of the US Navy, asking them to remove part of the crew so that the infection would not spread to 5 thousand soldiers.

On April 1, the Pentagon officially confirmed the incidence of coronavirus among the crew of a nuclear-powered aircraft carrier.

According to Worldometer on the morning of April 5, almost 1.2 million cases of the disease were confirmed worldwide, and more than 64 thousand people died. The number of infected people in the United States was 309,505, and 8,430 died. 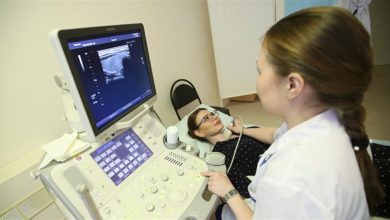