The Federal security service (FSB) of Russia prevented two terrorist attacks in the Stavropol territory and the KHMAO. Four people were detained and one terrorist was eliminated. This became known on Friday, April 3.

During commemorative events in Pskov, the President urged not to forget the feat of soldiers who saved Russia from terrorist gangs

In the Stavropol territory, a cell of the international terrorist organization “Islamic state”, banned in the Russian Federation, was identified, consisting of a local resident and a native of Dagestan. They planned attacks on police and terrorist attacks in public places. One of the criminals was detained, the second was neutralized when trying to provide armed resistance, reports TASS.

Also in Lyantor (KHMAO), three members of the cell of the international terrorist organization “Caucasus Emirate” banned in Russia were detained, preparing a terrorist attack in one of the city’s shopping facilities. They found and seized an improvised explosive device ready for use, components for making such a device, weapons and ammunition. The issue of initiating criminal cases under article 205 (“terrorist Act”), article 222 (“Illegal traffic in weapons and explosives”) and article 317 (“Assault on a law enforcement officer”) of the criminal code of the Russian Federation is being resolved. 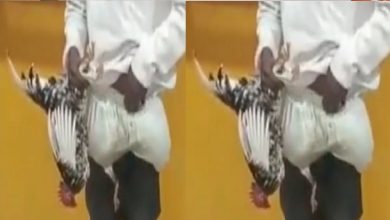